Return of the Mack (HHCC vs Gamecox) 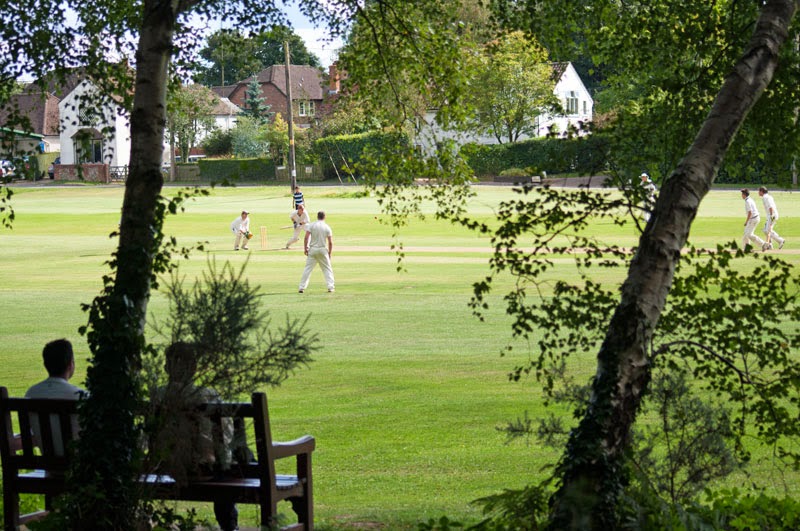 Ah it’s good to be back! I have to confess that, as much as I enjoyed reading the match reports while gallivanting around South America, it was not without the odd pang of sadness: to be unable not only to play cricket each week but also to write half-baked rubbish about it afterwards. I’m afraid this season’s residence in the realms of factually accurate reporting must take a brief soujourn back into vagues-ville, at least for this week.

One number, however, will be etched in my memory for some time: 71 (with a little star after it for good measure). Yes, I scored my career-best, a match-winning (no need for modesty here) unbeaten innings of 71 (71!) that, in partnership with Liam, saw us chase down what had at one point looked like an imposing target of 198 with several overs to spare. “Hell, yeah!” is, I think, the appropriate phrase.

In pursuit of such a total we needed a quick start. And we got one courtesy of an extremely impressive opening partnership of 90(ish) between Dom and Shrimpy. Shrimpy played some gorgeously timed drives, while Dom was typically severe on anything short and/or leg-side. I’ve forgotten how Shrimpy was out, but it precipitated the all-too familiar Hyde Heath collapse. Will Cousins came and went; Wade was given out LBW by Tim Barnsley (which led to a distinctly unedifying dressing room tantrum); and Dom was dismissed for 50(odd) after a firm lofted drive saw the bowler dive full stretch into the air to complete a stunning one-handed return catch.

I came to the wicket at number 6 just in time to see Fiddy and Jez depart for not much. All of a sudden we were 118 for 6. But I managed to hit a couple of boundaries and their captain responded by setting some truly atrocious fields: at one point, their (very) slow left-armer had only two on the off side. With the pitch a belter (thanks Mikey!) and the outfield quickening up in the summer sun, it felt almost impossible not to score runs. Meanwhile Liam never looked like getting out (apart from that one ball where he looked like getting out) and we cruised home surprisingly comfortably.

It was quite a turnaround from the first half of the game. Perhaps it is tea that should take the credit. Chicken tikka wraps were a clear highlight, and it was excellent work by Spencer to spot several going uneaten on the oppo’s table. It showed the reactions of an athlete and great presence of mind to nip over there before anybody else had noticed and bring them back to the Hyde Heath table. If only we’d showed such commitment in the field…

After Sohail failed to turn up, we were left very light on bowling. Ben was tight early on, and returned at the death (in an excellent piece of captaincy from Charlie) to strike immediately, but he deserved more than his one wicket. Spence struggled with his run-up and was a little erratic, and it was left to me and Shrimpy to get through a sizeable chunk of the overs. I bowled ok-ish given the long lay-off and was happy to finish with 2 for 60 or so off 12. It would have been better had I not been hit for two massive sixes in my last over and dropped a fairly straightforward caught-and-bowled chance.

That drop was not the only one. As the batsmen began to accelerate, the fielders wilted and chances began to go down, including a couple of missed stumpings. I forget how many we dropped but it must have been somewhere in the region of four or five. What I don’t forget is Charlie juggling, and then dropping, a nice loopy dolly at mid-off. Always hilarious. As I said, it’s good to be back!