Fascinating stuff, you may say, but what does their ground look like? Well, this is where it gets interesting. Because, in the photograph on their website, their ground looks EXACTLY LIKE HYDE HEATH. Not vaguely similar, or even uncannily similar, but EXACTLY THE SAME. In short, they are using a photo of the mighty Heath to advertise their own club. What on earth is going on? 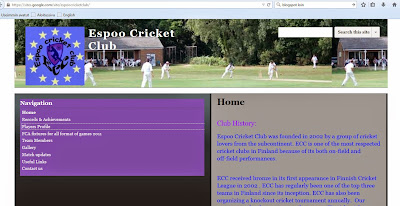 Also, it's worth noting that the club has some pretty hilarious Player Profiles. Something to consider for HHCC perhaps...?