The Architecture of Cricket Grounds 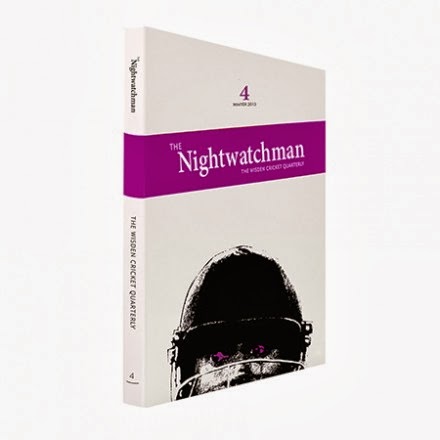 Cricket Tragics recently branched out by having a slightly peculiar piece of writing about the architecture of cricket grounds published in an amazing quarterly magazine called The Nightwatchman. It's published by Wisden and has articles by real writers like Marcus Berkmann, Mark Rice-Oxley, and Dileep Premachandran. Plus, it's made of paper rather than internet.

Naturally, we were pretty excited. Here's the first few sentences by way of a taster:


If, as Nevile Cardus wrote in 1930, “cricket is a game which must always be less than its true self if it is taken...out of the weather of our English summer”, then what are we to make of The Oval as it stands, wet and empty, on a cold November morning? The cynic, or the Englishman, might point out that the wet and the cold are both integral parts of the summer sport in this country, just as likely in August as they are in November. And, indeed, the fourth day of the Ashes test match here was a total washout, with the match ultimately ending in a draw despite Michael Clarke's aggressive double declaration. I was there on the opening day, when Shane Watson made the most of a close LBW escape and some nervy bowling from Chris Woakes and Simon Kerrigan to post a big and belligerent hundred.


But it feels an age away now, as water drips slow and sad from concrete overhead to soggy concrete underfoot. As an art critic by trade, I'm used to visiting museums and galleries when they're closed to the general public. No hordes of schoolchildren, no frazzled parents, no tired tourists: just a white-walled calm, and the time to stand and look and think. It's quite a privilege. But a cricket ground, on the other hand, becomes a kind of ghost, or theatre of ghosts – an empty arena reverberating around the silence of past events, glories, players, public.

And yet, this emptiness and the absence of cricket starts to focus the attention on the ground itself...


To read the rest, buy the magazine!