Few things sum up the true tragedy of Cricket Tragics quite like our obsession with stats. And on few occasions is this as obvious as the annual Hyde Heath cricket dinner, where each table is garnished with pages of averages from the season just gone. Most years this serves as a brutal reminder of the rank hittability of my bowling, but over the last two years I feel like my averages have been on the up. Sadly the 2013 dinner never quite organised itself, and we were at a wedding for the 2014 instalment. So this is our first sight of the averages from the past two years - put together with great dedication and admirable statistical by Ben Sonley (although the look has been altered somewhat - we're quite pernickety about the aesthetics of spreadsheets...) .

And whaddya know, but things have been looking pretty fine. Leading wicket-taker in 2013, averaging over 40 with the bat in 2013, over 50 in 2014. Ah, life is good. These are the kind of numbers to sustain a man in the long Nordic winter months.

Dotted throughout these spreadsheets are some fine individual performances: Fiddy's 28 wickets at 19 to carry the bowling in 2014; Stanley's extremely impressive first two seasons for the club; and Will Cousins' admirable total of no less than four ducks for the year. One name stands out in pretty much every column though: Shrimpie. What a class act.

(Oh, one quick thing: due to the antiquated formatting of this blog we decided to upload JPEGs rather than fiddle around with the tables in HTML. The best thing to do is click on the image and a larger, more legible version should appear. Then peruse at your leisure...) 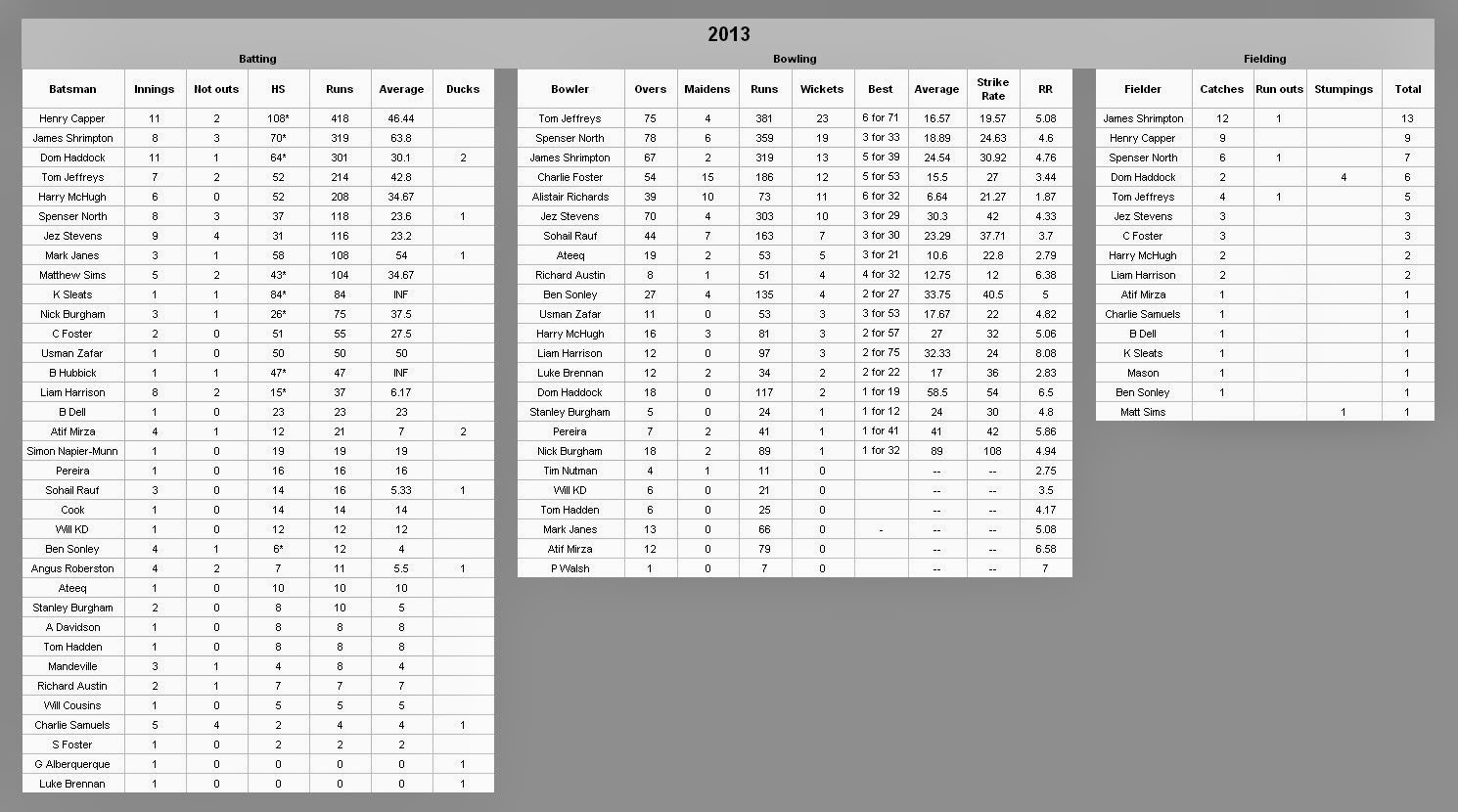